Registration is open for Gypsy Moon Ball, October 23 – 25! There’s a flier & form at the end of this email, and lots more on our website, with online registration coming soon.

September 1
Convolution with Steven Janowiecki
Our last chance to dance to Steven’s calling before he moves to Australia. Hopefully he’ll call his new backwards contra. No word yet on whether Convolution, Ben Smith and Dianna Davis, will play backward.

September 8
Deb Shebish and Johnandrew Bellner with Ken Gall
Come celebrate the release of Deb’s new CD, Kitchen Fiddle, fresh old-time and Irish fiddle from Indiana! Pretty sure they’ll autograph copies at the break, so you might want to buy several and get your holiday shopping done early. 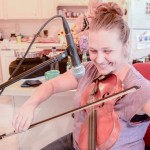 Emily Ann and Kelly are back from touring around Montana and Michigan, and happy to be back home in Indiana playing for their home crowd!

September 22
No Jerry with caller tbd
“No Jerry” is Tom Cunningham (fiddle) and Ben Andrews (guitar). If there were a Jerry, they would be Tom and Jerry or Ben and Jerry, but they’re not. Tom is a member of the nationally known contra dance band the Coffee Zombies and Ben is a member of the gypsy jazz band Swing 39 and organizer of the Django Jamboree. They’re both from Louisville and if there were no hybrid vehicles, there would be no “No Jerry.” 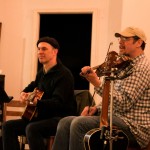 No Contra during February 2023

All welcome: no lessons, experience, partner, or membership required

Always live music. Generally $5-$20. However, if  you do not have enough money, ask for assistance.

All welcome: no lessons, experience, partner, or membership required

Always live music. Generally $5-$20. However, if  you do not have enough money, ask for assistance.